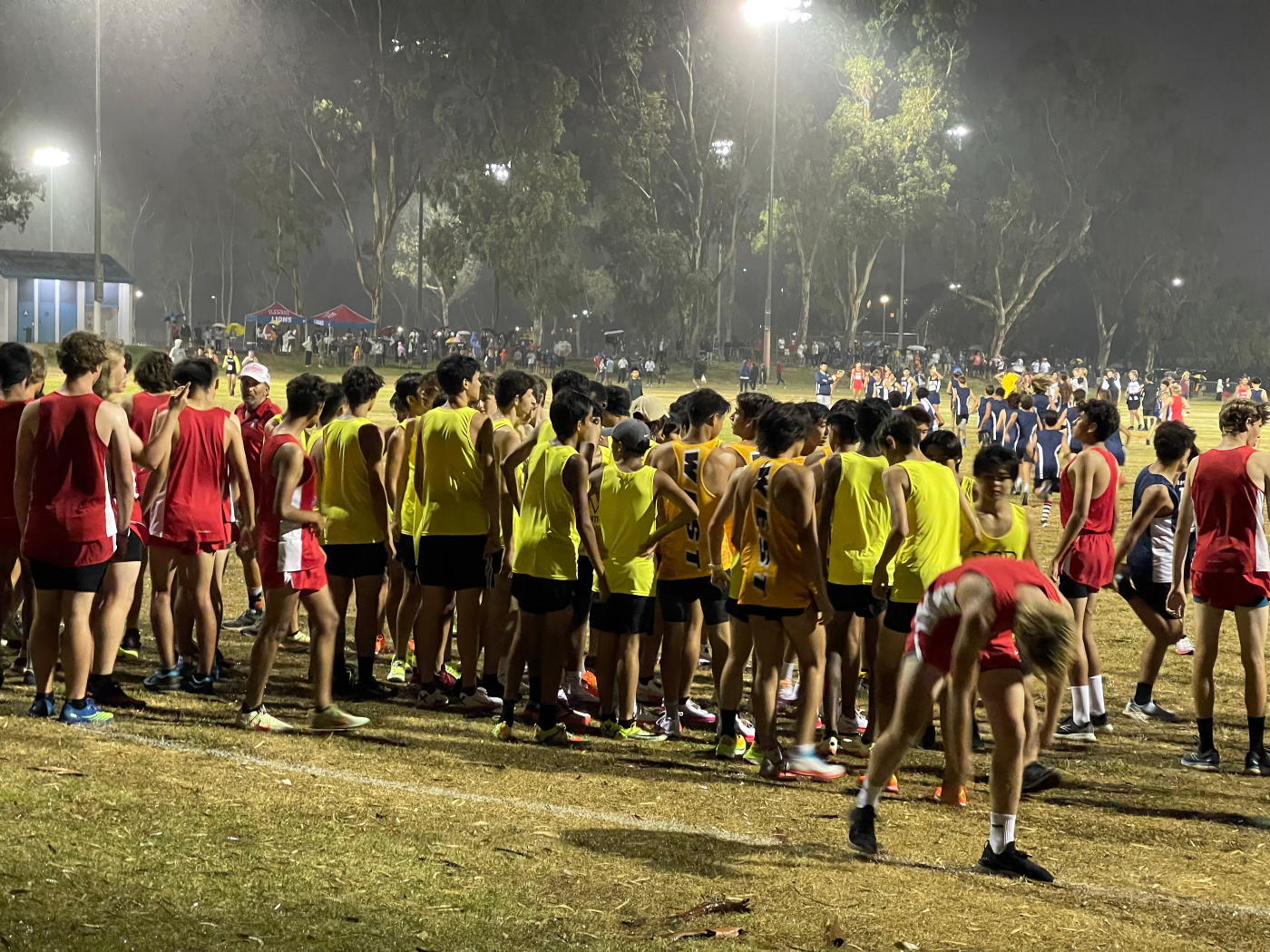 The West High JV and Varsity Cross Country teams file into their place at the starting line, anxiously awaiting the starting gun. Raindrops, visible in the rays of the floodlights, hit the faces of the boys — mixing with beading sweat in the heat. (Art/Photo by Lauren Ng)

The West High JV and Varsity Cross Country teams file into their place at the starting line, anxiously awaiting the starting gun. Raindrops, visible in the rays of the floodlights, hit the faces of the boys — mixing with beading sweat in the heat.

Boys’ Cross Country: The Season Ahead

For the Boys’ Cross Country team, last year was the most legendary season in West High history. The final lineup ever to be coached by Mr. Druten saw a state championship, four of the twenty fastest times ever run by a Warrior, and a graduating class that left an impressive high-water mark. Now, all eyes are on 2022: can this year’s team cement West’s legacy as a Division III powerhouse, or has the wave already receded?

After a stellar performance at Friday’s South Bay Twilight Meet, hopes are high. West took first place by a generous margin — beating out Redondo, Culver City, and Bishop Montgomery in blustering rain to win their first race of the 2022 season.

Aaron Cohen (12) — nicknamed the “Top Dog” by his teammates finished 3rd overall, running 3 miles in a dashing 15:11 (the 13th fastest time a Warrior has ever run). Yudai Shimizu (12) followed close behind, claiming 4th place at an astonishing 15:13. Both times were personal records for the boys.

These shiny new records weren’t just concentrated at the top of the roster, either  — Sathvik Ramireddy (11) ran his best: 3 miles in 16:24. Ramireddy is “optimistic for the team’s future” and proud of his time, though he believed the “course was actually longer than 3 miles.” He sees promise in the underclassmen, particularly in Minyeong Chae (10), whom he called “the future of cross country at West.”

Cooper Acuesta (12) had a great race of his own, finishing 12th with 15:33 — a time made more impressive considering it was only “the second part of the workout.” The varsity team had already run in the morning, part of a conscious effort to trade showy, early-season times for better fitness later in the year.

For Acuesta, this year’s varsity team has a “great chance at winning state,” so long as they “put the work in.” He credits Cheyne Inman (Cross Country’s new head coach, filling the position Mr. Druten held for almost 20 years) with any future success the team has: “He’s a great addition to the program, we all love him.”

The boys will race at again at their first Pioneer League Meet on Wednesday the 28th — their times will tell if these early victories are set to last a season.