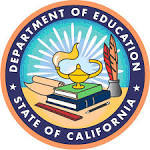 In an email to West’s staff, students and parents, Mrs. Luhmann stated, “West High is one of 373 secondary schools across the state to receive this award, a reflection of the entire community’s commitment to excellence in education.”

Furthemore according to the California Department of Education, West is the only Torrance High School that was honored with the award along with Jefferson Middle School and Richardson Middle School.

The California Gold Ribbon Schools Program will be an unheard accolade for most Warriors. This is because the more familiar system, the “California Distinguished Schools Program is on hiatus during the period of time required for California to transition to new assessment and accountability systems” according to the California Department of Education’s website. The Gold Ribbons Award will recognize middle and high schools in 2015 and 2016.

In light of the fact that public school districts across the nation are transitioning to common core standards, the California Gold Ribbon Schools Award emphasizes on recognizing schools that have made significant gains in implementing “the academic content and performance standards adopted by the State Board of Education for all students, including English learners.”

According to State Superintendent of Public Instruction Tom Torlakson, “Honorees of the Gold Ribbon Award  are academically successful, vibrant, and innovative centers of learning and teaching.”

Clearly, West High is on its way to adopting the revolutionary CCSS (Common Core State Standards); that will be the new face of education.