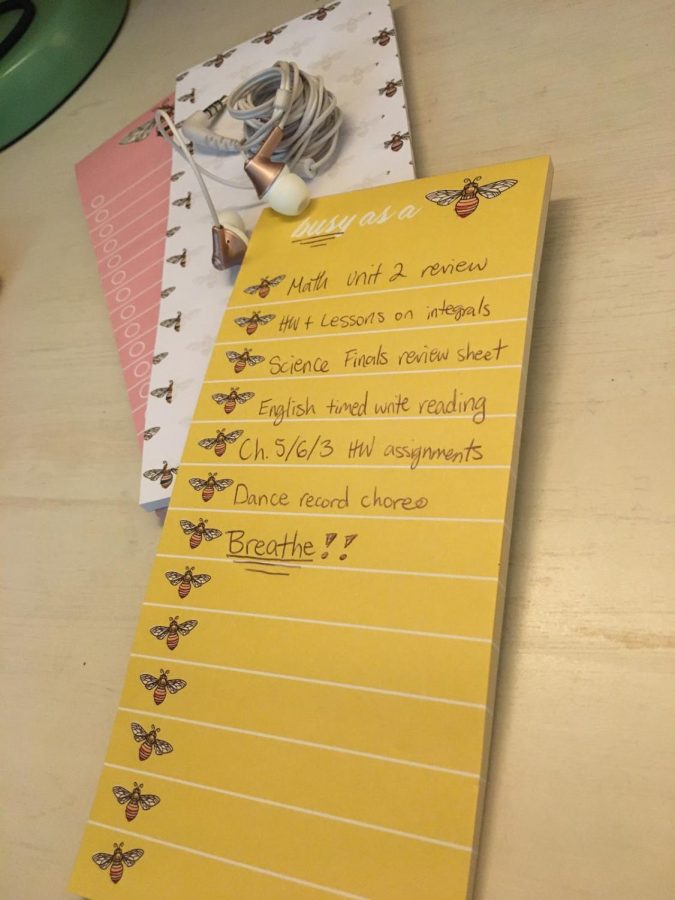 Adjusting back to school after winter break, high schoolers are all rushing to wake up their school brains right in time for finals. So get out your computer and some notes to start studying!

December ends and January begins, bringing the start of a new year. For many it’s January: new year’s resolutions & hopefulness. For us, it’s January: the end of a semester and the start of the most stressful month. It’s finals month. And this time, it’s virtual.

Upperclassmen have gotten used to finals season. But this year is different. Now, seniors, juniors, sophomores, and freshmen are all on foreign terrain: virtual finals. This means everything is new and different, including preparation. Jonah Wasserman (11) recalled, “In previous years when I took regular finals, I would usually attend workshops for all my classes if they were offered, and would get some sort of review activities for extra practice.” But now, Wasserman has resorted to “looking over past assignments and lessons” in order to review.

For someone who’s never taken finals, like Simran Bhattacharya (9), preparation is more atypical and stressful: “Although I have not taken finals yet in high school, I can tell they are a little different considering it’s a higher level of studies and the teachers are stricter.”

Besides the universal stress that students are anticipating, many are also left feeling nervous and unconfident. Wasserman admitted, “I am a bit nervous for finals this year since there was no interaction with other people to recieve help from.” Nipunika Bandara (10) likewise remarked, “I do not feel as confident as I could be about taking finals this year. The time we have to take finals seems like a time crunch to fit everything we have learned this past year.”

There are many aspects about this school year that many of us would’ve liked to change. Not many prefer the virtual aspect and would much rather have finals in-person. Not having interactions in a classroom have left teachers struggling as well. Mr. Cheung, an English teacher at West, commented, “Education cannot be replaced by online schools/classrooms. The limitations of technology, specifically in that our platforms and internet aren’t built so that education can function virtually all across the nation all at the same time has been made painfully evident.”

Staying stress-free may seem impossible, especially at this point in the school year, but it’s quite important for both teachers and students. Although this may all be new to Bhattacharya, she’s taken on some good habits: “I am practicing breathing and keeping myself calm so that I don’t have to stress throughout that week of finals.”

A great way to kickoff this year: the all-too-familiar feeling of unfamiliarity. To my fellow final-takers, I’ll leave you with this: study, don’t overwork yourself, and breathe.