An Executive Order For Free Speech 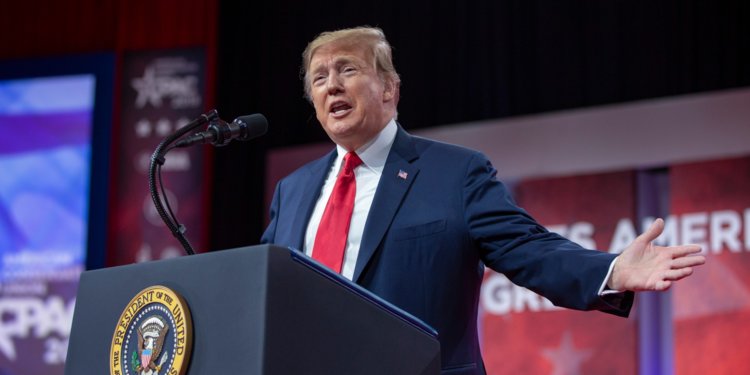 On March 2nd, at a Conservative Political Action Conference, President Trump presented an executive order regarding protection for free speech – a freedom established by the First Amendment, but not fully granted everywhere. Trump stated that federal funding would only be granted to universities that support free speech, which was applauded by the Republican majority in the audience.

Trump began his announcement with a story of Hayden Williams, a volunteer for the conservative group, Turning Point USA. His membership in the right-wing organization caused him to get punched in Sproul Plaza of UC Berkeley by Zachary Greenberg, who did not welcome conservative ideas on the campus.

After the incident, Trump wants to prevent further incidents where people are harmed for their political view, stating in his speech while Williams was on stage that “he took a hard punch in the face for all of us.”

Trump further explained how the federal government’s current issuance of $30 billion in federal grants for university research would not be provided anymore.

During the two-hour speech, Trump said, “If they want our dollars, and we give it to them by the billions, they’ve got to allow people like Hayden and many other great young people and old people to speak.”

He plans to initiate the order “very soon,” but has left a lot of ambiguity in the proposal regarding who will manage it, which universities will be impacted by it, and most of all, how free speech will even be defined.

Many campus leaders and professors have voiced their criticism of Trump’s plan. The University of Chicago’s President Robert J. Zimmer wrote that the plan “would be a grave error for the short and the long run.” Furthermore, most universities already have speech codes to maintain a safe environment for students of all types of dissenting opinions.

Although they want their freedom of speech to be better enforced by the government, critical professors say that it would give too much power to the federal government over colleges and there would be political bias attached by the people regulating this order.

Being an avid reader of news, Uzair Pasta (11) said, “Considering that Trump is very politically biased, it’s likely that his executive order will not apply as much to Democrats and only support other Republicans. His lack of specificity may account for a lack of effectiveness in this order.”

This has not been the first time Trump expressed discontent with campus free speech at UC Berkeley. While riots were taking place on the college campus two years ago, Trump tweeted, “If U.C. Berkeley does not allow free speech and practices violence on innocent people with a different point of view — NO FEDERAL FUNDS?”

Despite conservative backlash to recent events on the university’s grounds, UC Berkeley has stated it holds free speech in high esteem and that it is one of their most cherished values. Upon hearing Trump’s criticism of the university, Muniza Ahmed (11) said, “It wasn’t the school’s fault. The first amendment is already applied by colleges and what some students may do cannot always be controlled.”

Opponents of this proposal believe taking away money from universities will not necessarily grant free speech to its students. However, the true efficacy of Trump’s plans will not be known until the executive order is passed.