Uber Knows Where You Are 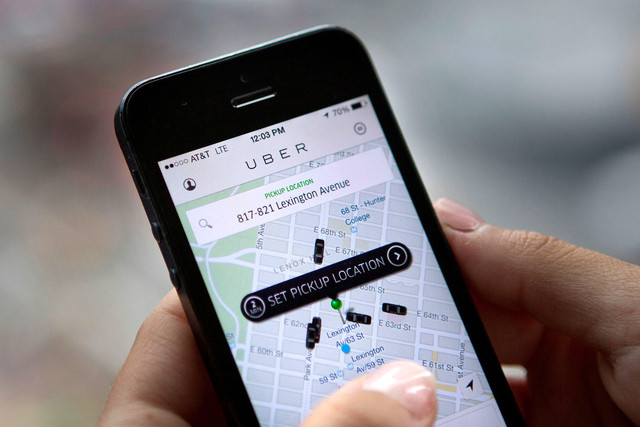 A recent update of Uber lets the app track people’s location at all times.

Uber has received many complaints from other companies who are concerned about this new update. Mashable said “The Federal Trade Commission (FTC) received an official complaint from research and advocacy group Campaigners at the Electronic Privacy Information Center (EPIC) against Uber in June 2015 following the company’s announcement of the new update.”

The public has also given Uber complaints. These people can range from high school students to adults in their sixties.

Several students from West have used Uber in the past and some are still using it despite this update.

Sky Hall (11) said, “I’ve been using uber for about two years. I didn’t hear about the tracking thing. The update is sketchy and a little concerning.” Hall has been depending on Uber for taking her from home, school, work, and other places that concerns her. However, the new update does not particularly bother Hall. “If it turns out [that my driver is] a serial killer, murders me, and chops off my head, at least I can count on them to take my body to the destination I typed in, and charge me at a very reasonable and practical price.”

Other students, such as Ian Park (10) have similar views on Uber. “I have been using Uber for a while now. I guess it’s alright if it’s only used for transportation. It’ll be really bad if someone hacks [the system] though.”

Even with the update because Uber is considered cheaper than most services and more convenient people will most likely continue to use Uber as their main form of transportation.