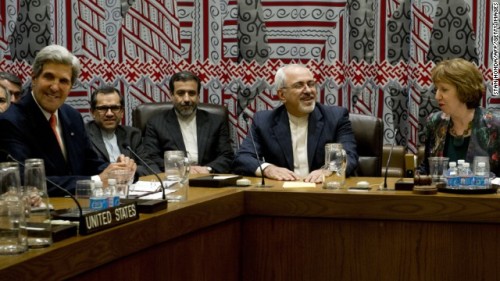 On November 23rd, a compromise was made with Iran: the world powers will suspend sanctions on various items, including gold and petrochemical exports, an economic milestone for Iran, and a diplomatic success for the major powers.

This suspension will provide Iran with about $1.5 billion in revenue, according to the White House. In return, Iran will be “limit[ing] its nuclear program” and “even though it’s only a six-month deal, world leaders hope it’ll pave the way to a long-term guarantee that Iran won’t produce nuclear weapons” according to CNN.

Many people agree that the new compromise is a step in the right direction and will hopefully lead to a nuclear weapon free Iran. Nadir Akhtar (10) believes “it’s a good development in our relationship with Iran and could lead to more benefits.” Avelin Canela (10) commented that “even though Iran has been untrustworthy in the past, the continuation of this “feud” could be even more dangerous than keeping the economic sanctions on Iran.” Hopefully the nuclear deal with lead to the lifting of all sanctions on Iran and no nuclear weapons.

However, not every country is following the recent compromise. Canada’s Foreign Minister John Baird stated that his country will continue its sanctions on Iran. Israel in particular however openly opposes the nuclear deal. Jerald Guico (9) stated, “Israel will probably react negatively to the recent compromise.” Guico predicted accurately, as Israeli Prime Minister, Benjamin Netanyahu, called the deal a “historic mistake” predicting that the deal will not pan out as planned and just worsen the situation.

The world will just have to wait and see whether Iran’s will truly begin disarming its nuclear weapon abilities. It is certain though, that slowly, but surely, changes are under way.