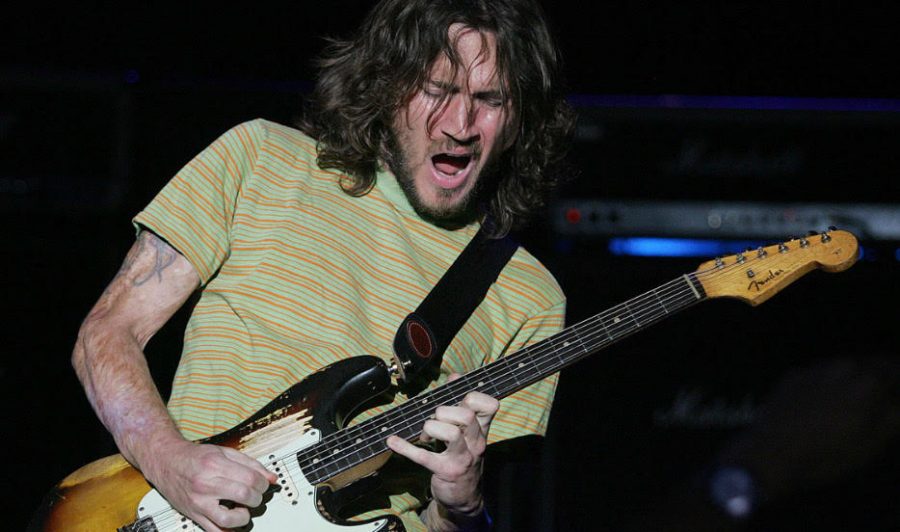 Longtime and former member of the Red Hot Chili Peppers (RHCP) John Frusciante has been announced to return to the band.

This has not been the first time Frusciante has returned to RHCP. Back in 1992, he left the band due to his uncomfortability with the band’s rising stardom, a heroin addiction, and slight tensions with the other members, but would return in 1999. In 2009 however, Frusciante left the band again due to his lack of interest in playing with the band, hoping to pursue his musical career outside of the Chili Peppers with no hard feelings regarding the other members. He was then replaced by the now former guitarist of RHCP Josh Klinghoffer, who played with the band for almost a decade. He had first appeared with RHCP in 2007 and then contributed to their two studio albums I’m With You and The Getaway and touring live numerous times with RHCP. His last appearance with RHCP was on November 2nd when the band performed at a charity concert featuring Eddie Vedder of Pearl Jam.

Matthew Blanco (12) expressed his thoughts on Frusciante’s return and how he felt about Klinghoffer: “If you watch their live performances you can see the chemistry between [John] and the other members. But Josh still did wonderful things with the band. But to have Frusciante back, I’m excited to see what happens.”

The three other band members of RHCP, vocalist Anthony Kiedis, drummer Chad Smith, and bassist Flea (Michael Balzary) made a statement on Instagram upon Frusciante’s return. “Josh is a beautiful musician who we respect and love. We are deeply grateful for our time with him, and the countless gifts he shared with us. We also announce, with great excitement and full hearts, that John Frusciante has rejoined our group.”

What surprised most fans about Frusciante’s return was that it came as a complete surprise. There had been no preceding announcements or allusions to Frusciante’s return by any of the members. While there were rumors of a new RHCP album to be released between late 2019 to mid 2020, none of those rumors remotely hinted at Frusciante contributing or appearing on the album.

Kai Miyasato (10) addresses his thoughts on the new album and Frusciante’s return. “If the new album is sort of a corroboration between John and Josh, then we could really see how different they are.”

RHCP fans wait to see how Frusciante will affect the story of the band.