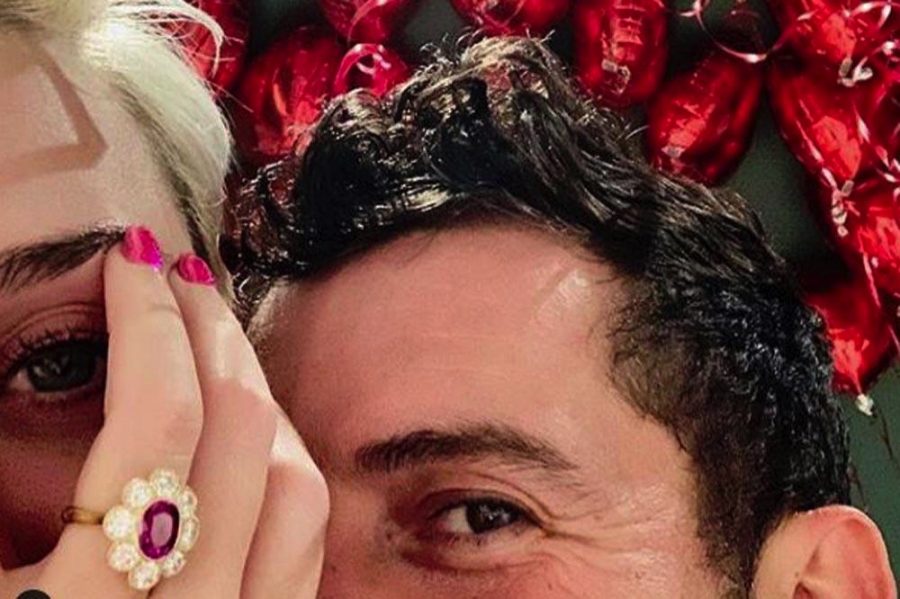 Katy Perry and OrlandoBloom have been on and off ever since their first meeting at the 2016 Golden Globes after-party. After years of keeping the couple’s fans on their toes, Bloom finally tied their relationship together with an engagement on Valentine’s Day.

He placed a $5 million engagement ring on the pop star’s finger that night. Many people have noticed the ring is similar to the one of Bloom’s ex-wife, Miranda Kerr. The marriage token has a gold band with a heavy 4-carat oval-shaped pink diamond on top, surrounded by eight white diamonds to resemble a blooming flower.

After a selfie posted on each of the pair’s separate Instagram accounts, followers began speculating a marriage. Perry appeared teary-eyed in the photo she captioned as “full bloom” while showcasing her flower-shaped ring. Bloom posted the same picture with the caption “lifetimes” to hint to his followers that they were sealing the deal.

Although not explicitly stated by their captions, Perry’s mother, Mary Hudson, confirmed the announcement by sharing photos of the couple under an arch of red heart-shaped balloons on Facebook, with the caption “look who got engaged last night.”

Earlier on the proposal day, Bloom had also posted a quote by author Daisaku Ikeda to acknowledge Valentine’s Day, which said, “A shallow person will have only shallow relationships. Real love is not one person clinging to another, it can only be fostered between two strong people secure in their individuality…. Love is not two people gazing at each other, but two people looking ahead together in the same direction.”

Muniza Ahmed (11), a fan of Perry, commented, “Although they have broken up multiple times, Orlando Bloom seems to be a better fit for Perry than Russell Brand. Perry went through a lot after the divorce and she deserves to have someone who will treat her better than someone who chooses to break-up over a text.”

Bloom had also previously been married to Miranda Kerr for three years and together they share an eight-year-old son, Flynn Bloom. Bloom hopes to have more children and Perry wants to become a mother as they both plan to settle down together and slow down their careers for a while.

Manaal Sultan (10), a follower of the couple, commented upon hearing the news of the engagement saying, “Both Bloom and Perry and influential people in Hollywood and together they will be a strong power couple in the industry. This relationship will be the best for both of them as they seem genuinely happy with each other.”

Perry had recently released a hit song “365” with DJ Zedd, but has decided to prioritize starting a family with Bloom above her music. There are no wedding plans yet, but the couple is currently planning a private engagement party for their friends and family and are excited to embark the next chapter of their life.