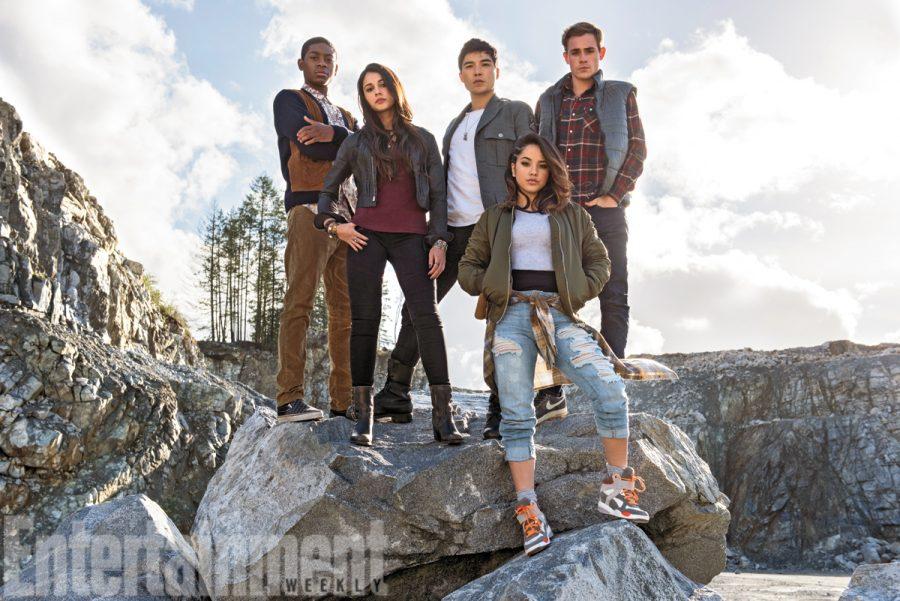 What Marvel and DC Comics has lacked, the Power Rangers have always picked up. Since 1993, Power Rangers has been known for its diverse cast members. The diversification was first revealed with asian yellow ranger Trini, played by Thuy Trang in Mighty Morphin Power Rangers, paving the way for other rangers that would come.

The franchise continues to cast more asian rangers as well as african and latin americans. Not only this, but they continue to have an (almost) equal ratio of female to male rangers. In the new 2017 movie, according to Den of Geek, the film “tackled diversity in a way that went beyond just race and gender.”

When Ludi Lin, a Chinese-Canadian actor, was interviewed for the new movie franchise, the most asked question was about how he felt about being the first asian superhero in a major superhero film.

In an interview with Teen Vogue, Lin said, “More and more in our industry… They’re casting for the organic characters — who the people are, rather than what we want the skin colors… [to be] … I wanted to develop a role where it’s not just the Asian character in a movie. It’s just a character with an Asian background… I can do an accent, but I don’t want the accent to take over the character.”

Rebbeca Gomez, alias Becky G, was the latina yellow ranger that also became the first gay character in a major superhero film. However, despite being proud of playing such as strong character, Gomez told TMZ reporters that she did not understand why there is so much hype around a gay character.

“It makes me sad that it’s such a big deal because it could have been done a long time ago,” said Gomez. But with this she understands the importance of telling the story as her character, Trini, deals with the questionability behind sexuality, and the story could potentially help teen viewers who are also in questioning.

“I felt like [Trini’s story] was done in such a great way because the truth is you don’t wake up and go ‘I know who I am, I know what I’m into and I know exactly where I’m going.’ I feel like it’s a process and you have to go through things and meet certain people that bring things out of you… I feel like that’s what everyone is going to relate to because it’s a true reflection of the audience that’s going to be watching the movie.”

Another character on the spectrum is RJ Cyler’s Billy, however Billy plays on the autistic spectrum and unlike Trini, Billy is upfront about his “condition” allowing him to be his true self rather than allowing autism to be his “sole defining element.”

Cyler is eager to represent so many people on the spectrum, a group he says is largely misunderstood. Cyler told Den of Geek that autistic people’s “brains work just like us, even faster sometimes.” The other factor about Billy is that he is a person of color, but he isn’t played as a stereotype.

“It’s just like, say, having a pack of gum in your pocket. It doesn’t slow you down. It doesn’t change the situation in any way; it’s just a mind thinking,” he said, “He’s still just a human being. He’s just a boy on the spectrum.”

Cyler believes that the success of the new movie is due to its diversity and hopes that everyone watching will embrace it. He said, “Just because you look this way doesn’t mean you act this way. There’s no such way as the right way to look or the right way to be. We’re all normal. We all have shortcomings. We all don’t understand certain things but we’re all people and we’re beautiful.”

Similarly, lover of the Power Rangers Dino Thunder series in 2004, Jacy Moore (11) said, “I respect the creators of all the Power Rangers series for having diversity as a key factor of the franchise. Back then I used to watch the show and thought ‘that could be me,’ which I didn’t get to experience often.”

Power Rangers is now in theatres. Go to your local AMC theatre and morph up with the new rangers.